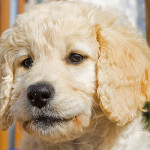 There are lots of things that my mammy and daddy don’t realise about me. I do tell them but sometimes I think they just don’t listen. Anyway, here’s a few doggie related facts for all you humans to help understand us doggies better:

1. Dogs dream just like people! The twitching and paw movements that occur during our sleep are signs that we are dreaming.

2. Dogs’ ears are extremely expressive. There are more than a dozen separate muscles that control my ear movements.

3. Dogs’ noses secrete a thin layer of mucous that helps them absorb scent. They then lick their noses to sample the scent through their mouth. This is why my nose is always wet.

4. When dogs kick their legs behind them after going to the bathroom, they are using the scent glands on their paws to further mark their territory. I do this a lot over the Common.

5. Dogs curl up in a ball when they sleep due to an age-old instinct to keep themselves warm and protect their abdomen and vital organs from predators.

6. Dogs are capable of understanding up to 250 words and gestures, can count up to five and can perform simple mathematical calculations. The average dog is as intelligent as a two-year-old child. I’m much cleverer of course 😉

7. Dogs don’t enjoy being hugged as much as humans and other primates. Canines interpret putting a limb over another animal as a sign of dominance. I may be the exception to this rule.

8. When Lord Byron was informed that his dog was not allowed to come with him to Cambridge Trinity College, he retaliated by bringing a bear instead.

9. The wetness of a dog’s nose is essential for determining what direction a smell is coming from.

10. Dogs drink water by forming the back of their tongue into a mini cup.

12. Dogs chase their tails for a variety of reasons: curiosity, exercise, anxiety, predatory instinct or, they might have fleas!

13. Dalmatian puppies are pure white when they are born and develop their spots as they grow older.

16. Unlike humans who sweat everywhere, I only sweat through the pads of my feet.

19. It’s a myth that we only see in black and white. In fact, it’s believed that dogs see primarily in blue, greenish-yellow, yellow and various shades of grey.

So there you have it. Us doggies are amazing!