It was back at the end of the summer of 2014 that my mammy, daddy, sister, our two friends and their kids decided to take me to the Neath valley and to the pretty little village of Pontneddfechan. It was a great trip but best of all my bestest friend in the whole doggy world – Finn, the boxer – came too!

The Waterfalls Centre in the village of Pontneddfechan provides a great starting point for a doggie walk. There are also a few pubs there too which offer bowls of drinking water for us thirsty pups.

Starting at The Angel pub it’s a good 30 minute walk to the falls if you’re a human although for us faster mammals it’s a mere 5 minutes.

The highlight of the trip was being thrown into the water by Alun, daddy’s friend. I bit him afterwards. And then the swim and walk behind the curtain of falling water at Sgwd yr Eira (literally the ‘fall of snow’)!

All in all a great day out, summer or winter.

Nestled into the southern slopes of the Fforest Fawr massif, west of Merthyr Tydfil, Waterfall Country is one of the most beautiful and popular parts of the Brecon Beacons National Park and the Fforest Fawr Geopark, with steep, tree-lined gorges and an abundance of tumbling water.

Known in Welsh as Coed-y-Rhaeadr (Wood of the Water), Waterfall Country lies within the triangle formed by the villages of Hirwaun, Ystradfellte, and Pontneddfechan. Here, old red sandstone and a long belt of outcrop limestone have created a highly distinctive environment of wooded gorges, caves, swallow holes and waterfalls.

The Rivers Mellte, Hepste, Pyrddin and Nedd-Fechan, tributaries of the River Neath, have their headwaters in the Fans, the old red sandstone mountains further north, and wind their way south through Waterfall Country via steep-sided, tree-lined gorges.

The area contains two Sites of Special Scientific Interest and a Special Area of Conservation with fine specimens of sessile oak and ash trees and over 200 species of mosses, liverworts, and ferns. It is also of historical significance, as it contains the legacy of man’s attempts to make a living from this landscape. It receives around 160,000 visitors a year, including walkers, outdoor groups, photographers, climbers, cavers and canoeists.

The most famous waterfall is Sgwd-y-Eira, the Snow Waterfall, on the River Hepste, where a natural path leads right behind the curtain of water. 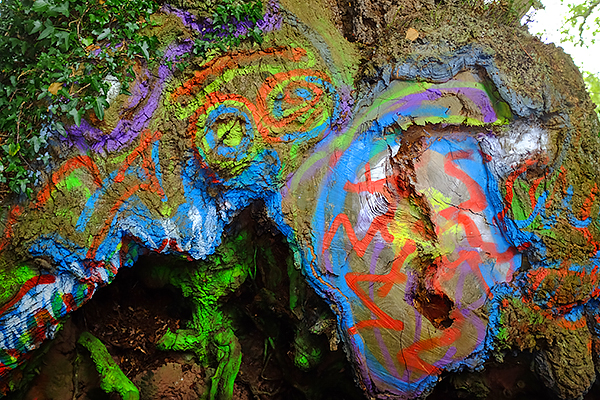 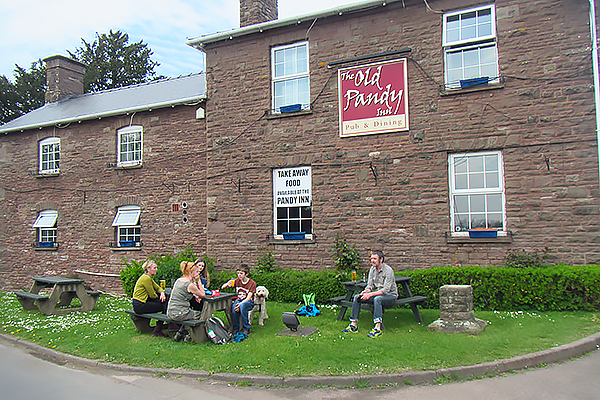